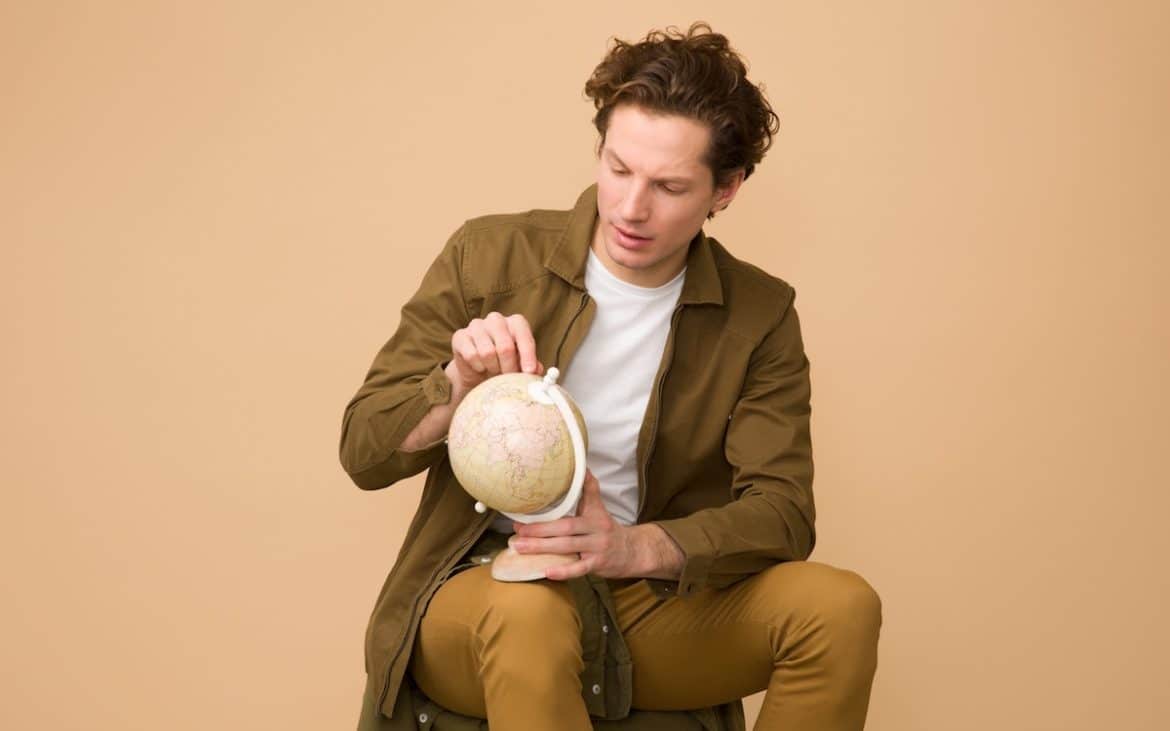 In Balanced Achievement’s ‘The ABCs of Personal Qualities’ series, we aim to explore various personal traits exhibited by the world’s most successful and happy individuals while illuminating how each one of us can develop the given attributes within ourselves. In this article, we look at the characteristics of integrity and intelligence, as it relates to effort, which are the foundational elements needed to change the world.

On March 12, 1930, the immortalized civil rights activist Mahatma Gandhi set out by foot from his ashram in the central Indian city of Ahmedabad with his sights set on the southern Arabian Sea some 240 miles away. Although he assuredly could’ve found more efficient means to reach the coastal village of Dandi, which was home to rich shoreline salt deposits, the decision to walk the entire way would prove invaluable for his efforts aimed at helping India gain independence from the British Raj as it afforded him the opportunity to inspirit citizens throughout the motherland.

It was at approximately 6:30 am on April 6th when the man who later gained the nickname Bapu, meaning ‘Father of a Nation’, waded into the shallow ocean water, with tens of thousands looking on, and theatrically scooped up a handful of salt in direct defiance of the British law that outlawed Indian citizens from collecting or selling the mineral that was a staple to their diet. Following the historic event, nationwide protests broke out, with some 80,000 being arrests in the following months including Gandhi himself, and a path towards Independence began to emerge.

Thanks largely to Gandhi’s vision for the future, commitment to non-violent defiance and precisely calculated decision-making, over the course of 17-plus years, India finally did gain independence in 1947. By systematically rallying the country to get Britain to the negotiating table and tirelessly working for the greater good with supreme discernment, Gandhi showed that it’s possible to change the world with the right mixture of integrity and intelligent effort.

While each and everyone of us assuredly won’t lead an entire nation to freedom, this isn’t to say that we can’t impact the world in our own unique ways. In fact, by putting our integrity above all else and pursuing our most heartfelt goals with intelligence effort, just as Gandhi and other greats like Abraham Lincoln and Martin Luther King Jr. did, it’s certain that we can make an advantageous difference that’s felt far beyond our inner circle of family and friends. Of our ability to do so, Gandhi told us:

In a gentle way, you can shake the world.”

Despite the fact that it’s easy to assume that our abilities to positively impact the world are limited by our life circumstances, each and everyone of us undoubtedly is capable of sending shockwaves around the globe. There are a wide variety sociological, psychological, and mathematical causal theories that illuminate this truth, such as the butterfly effect, six degrees of separation and the domino effect, and we’ll briefly examine two of them here. First, the ripple effect tells us that any particular action or event has the potential to set in motion a set of reverberating consequences that grow as they move further away from the source. Just as a stone being dropped in a pond creates ever widening ripples, so too can our acts of kindness or courage create the same rippling effect. This is why the spiritual leader of Tibetan Buddhists, His Holiness the 14th Dalai Lama, tells us:

Just as ripples spread out when a single pebble is dropped into water, the actions of individuals can have far-reaching effects.”

The second casual theory that shows how our ability to impact the is much greater than we assume comes from the iconic journalist and author Malcolm Gladwell. It’s in his 2000 New York Times Bestseller The Tipping Point: How Little Things Can Make a Big Difference, where Gladwell shines light on how large scale cultural changes and social movements, in addition to fads and epidemics, are generally initiated by only a select few individuals. This means that if an idea, behavior or message is properly aligned with the conditions, anyone of us can be central to actualizing revolutionary change that’s close to reaching a tipping point level. Gladwell reminds us:

Ideas and products and messages and behaviors spread like viruses do.”

The Transformational Power of Integrity:

Now that we have an idea of how we underestimate our abilities to advantageously impact the world, we can turn our attention to examining the foundational elements needed to produce the desired result. When looking at the lives of the many iconic figures who truly made a difference at a large scale, whether it be Henry Dunant, Clara Barton or Mother Teresa, it becomes clear to see that, despite their many differences, acting with integrity was key to their achievements. In fact, it’s hard to imagine that any of these individuals, or any of the seemingly endless number of other game-changers, would’ve been able to accomplish what they did without being honest and unwavering in their commitment to uphold their moral principles. This is why the legendary architect and author Buckminster Fuller told us:

Integrity is the essence of everything successful.”

Unfortunately, because society leads us to believe that we should value social status, material possessions and financial wealth above all else, all too many individuals never figure this out. Instead of striving to live each day committed first and foremost to their ethical honor, they put their egotistical aims first and do everything they can to manufacture ‘success’. Little do they realize, however, that even if they are able to achieve the selfish aims they believe will make them happy, they forever remain unfulfilled, and unable to change the world, because their strive with internal conflict and not living as they know they should.

Although we often don’t realize as much, the truth is that at the core of our beings what we most desire is to succeed in ways that benefit the greater good and promote harmony in the world. Therefore, if we are to make the type of advantageous impact we’re truly capable of, and find fulfillment along the way, it is certain that we’ll have to stay true to ourselves—by aligning our  words, actions, intentions and beliefs—and lead a life that’s directed by the moral compass within. The immortalized Athenian philosopher Plato reminds us:

Integrity is your destiny—it is the light that guides your way.”

Maximizing Your Impact With Intelligent Effort:

While living in alignment with our inner most sense of integrity is unquestionably vital for our quest to positively impact the world, our ability to do so effectively will largely come down to how we go about getting the job done. This is to say that if we’re going to send advantageous shockwaves around the globe, it’s certain that we’ll have to approach our most heartfelt goals with intelligent effort. As iconic do-good professionals and entrepreneurs such as Sarah Breedlove, Oprah Winfrey and Bill Gates have shown, to maximize our world impacting potential, we’ll have to unceasingly aim to perfect the quality of our work while remaining firmly committed to living in alignment with our inner truth. The late great English art critic John Ruskin, who was also a revolutionary social thinker and philanthropist, reminds us:

Quality is never an accident. It is always the result of intelligent effort.”

There are a variety of actionable steps that each of us can take to intelligently boost our effectiveness, efficiency and productivity, all of which boil down to self-improvement. For example, setting SMART goals, finding ways to eliminate distractions and outsourcing mundane tasks can inevitably free ourselves up to focus on the things that matter most. Additionally, by making the commitment to perpetually monitor, evaluate and enhance the processes and strategies we use to accomplish our goals, we can continue to push our impact potential to ever-heightening levels. Of course, it’s important to point out that all of this will be for not if we’re not virtuously living with integrity. The immortalized South African President Nelson Mandela tells us of our ability to change the world:

You can never have an impact on society if you have not changed yourself.”

While the historical figures we’ve referenced in this article, to show why integrity and intelligent effort are needed to change the world, can all be considered generational icons, this isn’t to say that there aren’t everyday individuals doing the same on a less publicized scale. For instance, over the past two decades we’ve seen a wave of social entrepreneurs, such as Blake Mycoskie of Tom’s Shoes, Jeffrey Hollender of Seventh Generation and Muhammad Yunus of Grameen Bank, rise to meet the needs of the less fortunate with the impactful combination ethical honor and innovative resourcefulness. Similarly, if we so choose, each and everyone of us can play a key role in brining more harmonious peace to the world by committing ourselves to acting with integrity and pursing our most heartfelt aims with intelligent effort. The late great English writer Samuel Johnson told us why both are vital for true success:

Integrity without knowledge is weak and useless, and knowledge without integrity is dangerous and dreadful.”

Even if you don’t desire to pursue a professional career in the social sector, it’s important to become conscious of the fact that what you do matters and, as the ripple effect and tipping point theories show, you have the ability to impact the lives of countless individuals with integrity and intelligent effort. Always remember that a single idea, an act of kindness or message of hope can be the spark that changes the world. Now, to end this article, we’ll leave you with some inspirational guidance from the iconic English animal rights activist Jane Goodall:

You cannot get through a single day without having an impact on the world around you. What you do make a difference, and you have to decide what kind of difference you want to make.”

The Formula for Unbreakable Determination

Achieve the Unthinkable with Flexible Focus

Why The Great Philosophers Prized Self-Mastery Over Worldly Happiness | Balanced Achievement August 5, 2018 - 10:00 am

Really good post. Thanks for sharing. Even though it was written a couple of years it is still extremely relevant today!