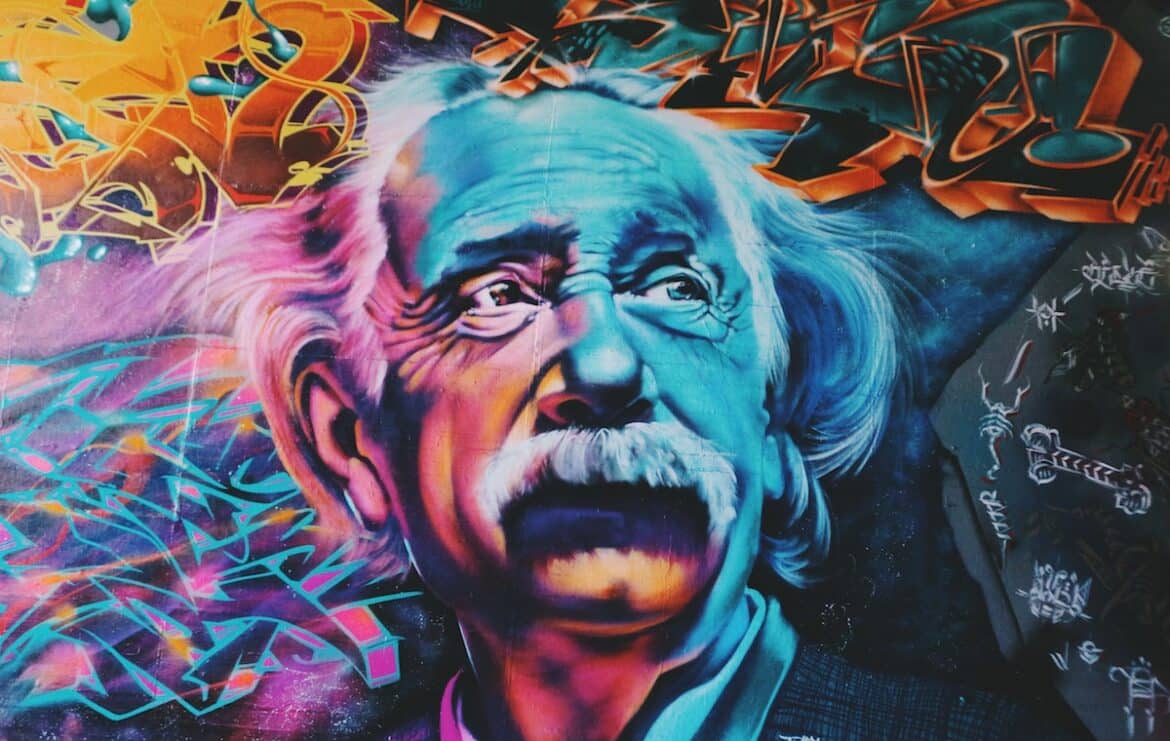 It was on December 10th, 1922, when the Royal Swedish Academy of Sciences ironically awarded the 1921 Nobel Prize in Physics to an eccentric German scientist named Albert Einstein. The Academy decided to exercise the rite to withhold the 1921 prize until the following year, believing that no individual met the criteria for the award, and although Einstein was unable to attend the award ceremony, a grand celebration was held in his honor. Svante August Arrhenius, the 1903 Nobel Prize winner in Chemistry, was tasked with delivering the presentation speech that night and opened by saying:

There is probably no physicist living today whose name has become so widely known as that of Albert Einstein.”

Amazing enough, still today there is not a single scientist whose name is as easily recognized as that of Albert Einstein. Throughout his career, Einstein conceptualized some of the most important scientific theories to ever to be developed. While he is best-known for the general theory of relativity and mass-energy equivalence formula, Einstein actually won the Nobel Prize for discovering the law of the photoelectric effect. Regardless, it is certainly due to his entire body of work that Einstein’s name is now recognized as being synonymous with words such as genius.

Although Albert Einstein is best known for his contributions to the scientific field, he displayed intellectual brilliance when talking about subjects far beyond the lens of a microscope. In fact, Einstein had deeply thought about and discussed three topics that are important here: God, religion, & world peace. As you will soon discover, Albert Einstein’s genius wasn’t limited to merely scientific theories, and his unrivaled ability to intuitively understand the world at large can be illuminated by examining his ideas about our world’s most transcendental themes. While it may be easy to assume that, because of his scientific background, Albert Einstein lived with stringent atheistic believes, his writing clearly indicated that this wasn’t the case. Although Einstein did think the idea of a personal God answering one’s prayers as childish and fear-based, his exploration into science led him to conceive of an underlying force beyond the world’s unfathomable harmony. In the book The Expanded Quotable Einstein, he tell us:

In the view of such harmony in the cosmos which I, with my limited human mind, am able to recognize, there are yet people who say there is no God. But what makes me really angry is that they quote me for support of such views.”

Throughout his life, Einstein fiercely rejected the notion that he was an atheist and leaned towards a pantheistic way-of-thinking, one built on the belief that reality itself is in fact divinity. Once when responding to a cablegram from the prominent American rabbi Herbert Goldstein, who adamantly asked Einstein if he believed in a God, the peculiar physicist responded saying:

I believe in Spinoza’s God [pantheism] who reveals himself in the orderly harmony of what exists, not in a God who concerns himself with the fates and actions of human beings.”

Einstein’s believes about God may best be described as agnostic, primarily because he understood that his capabilities to theorize about the indescribable, like an all-pervading God, were greatly limited. In the previously mentioned Expanded Quotable Einstein, the celebrated scientist is quoted as saying:

I see a pattern, but my imagination cannot picture the maker of that pattern. I see a clock, but I cannot envision the clockmaker. The human mind is unable to conceive of the four dimensions, so how can it conceive of a God, before whom a thousand years and a thousand dimensions are as one?” Although Albert Einstein was born and raised in a Jewish family, he did not readily associate himself with the Jewish religion. While Einstein did consider himself to be religious, it wasn’t in the way that we typically think about those who are pious. He came to recognize his humble admiration for the universe’s harmony as a type of religion that was most fitting for his scientific background. If there were a number of religions that Einstein’s views did most closely related to, they would have to be Buddhism and Hinduism. In fact, Einstein expressed deep admiration for the Buddha and came to believe that Buddhism was the one religion that logically made the most sense. He is quoted as saying:

The religion of the future will be a cosmic religion. It should transcend a personal God and avoid dogma and theology. Covering both the natural and the spiritual, it should be based on a religious sense arising from the experience of all things natural and spiritual as a meaningful unity. Buddhism answers this description. If there is any religion that could cope with modern scientific needs it would be Buddhism.”

Even though Albert Einstein never acknowledged having an interest in Hinduism, or claimed to agree with Hindu beliefs, many of his ideas about spirituality took on a form that resembles Hindu theology. In particular, Einstein’s thinking coincides with the important Hindu concepts of  Maya (illusion) and Moksha (liberation). He previously told us:

A human being is part of the whole called by us universe, a part limited in time and space. He experiences himself, his thoughts and feelings as something separated from the rest – a kind of optical delusion of his consciousness. This delusion is a kind of prison for us, restricting us to our personal desires and affection for a few persons nearest us. Our task must be to free ourselves from the prison by widening our circle of compassion to embrace all living creatures and the whole of nature in its beauty. The true value of a human being is determined by the measure and the sense in which they have obtained liberation from the self. We shall require a substantially new manner of thinking if humanity is to survive.”

Einstein additionally came to believe that true freedom and happiness could only be found by separating one’s conscious self from worldly attachments and egotism, an idea that is prevalent in both Buddhism and Hinduism. Modest Buddhist monks and mystical Hindu sages would agree with Einstein’s assessment that one can experience transcendental states by living in a state of pure being. In a letter that Einstein once wrote to Queen Elizabeth of Belgium, he says:

Still there are moments when one feels free from one’s own identification with human limitations and inadequacies. At such moments, one imagines that one stands on some spot of a small planet, gazing in amazement at the cold yet profoundly moving beauty of the eternal, the unfathomable: life and death flow into one, and there is neither evolution nor destiny; only being.” In October of 1933, on the brink of WWII, Albert Einstein moved to the United States after Adolf Hitler’s regime began enforcing laws that were enacted to force German-Jews out of the country. Although Einstein had never felt the affects of racism in such a degrading way before, he had already used much of his life to fight for human rights and proclaimed peaceful activism to be the only way. Because Einstein had come to believe the idea of a personal God as a childish one, he thought ethical behavior was a purely human affair and went to great lengths to promote global unity as being the most intelligent path to follow. In hopes of having others discover the benefits of peace and equality, Einstein regularly discussed the importance of striving for the type of knowledge that promotes an understanding of the connection between us all. While speaking before the New History Society in 1930, Einstein proclaimed:

Peace cannot be kept by force. It can only be achieved by understanding. You cannot subjugate a nation forcibly unless you wipe out every man, woman, and child. Unless you wish to use such drastic measures, you must find a way of settling your disputes without resort to arms.”

One non-violent human rights activist that Albert Einstein showed great admiration towards was Mahatma Gandhi, the man who led India to peaceful independence from the British Raj in 1947. After Gandhi was assassinated in 1948, Einstein wrote in tribute to him, saying:

He has demonstrated that a powerful human following can be assembled no only through the cunning game of the usual political maneuvers and trickeries but through the cogent example of morally superior conduct of life. The admiration for Mahatma Gandhi in all countries of the world rests on recognition, mostly sub-conscious, recognition of the fact that in our time of utter moral decadence, he was the only statesman to stand for a higher level of human relationship in political sphere. This level we must, with all our forces, attempt to reach.”

Throughout the course of his lifetime, Albert Einstein made it a point to speak out on human injustices, racism, and violence, while simultaneously promoting equal rights for the less fortunate. In particular, Einstein used his scientific celebrity to promote the rights of Zionist-Jews and African-American. While giving a speech in 1947 at Lincoln University in Pensalvanyia, the first university to grant college degrees to African-Americans, Einstein told the crowd:

To promote peaceful harmony throughout the world, Einstein challenged people to live above their basic instinctual drives for power, to peacefully stand up for the rights of others, and to act with the outmost ethical morality. Einstein told us in 1937:

Knowledge and skills alone cannot lead humanity to a happy and dignified life. Humanity has every reason to place the proclaimers of high moral standards and values above the discoverers of objective truth.”

If we were to illuminate just one of Albert Einstein’s many honorable qualities, it wouldn’t be his intellect or scientific savvy, but rather his willingness to rely on his intuition while seeking truth. In today’s world, where scientific thinkers are continuously pushing atheistic views, remembering the wisdom of Albert Einstein can serve us all well. While Einstein will forever be remembered for his scientific acumen, it is his views on topics such as God, religion, and world peace that made him a truly brilliant man. With that being said, we’ll leave you with one of Einstein’s most prominent pieces of advice:

The important thing is not to stop questioning; curiosity has its own reason for existing.”

Taking The Vehicle Of Meditation To...

Balanced Achievement Is Now On Etsy

Achieve the Unthinkable with Flexible Focus | Balanced Achievement March 9, 2017 - 12:36 am

[…] Aim Must Be Excellence Society’s Most Profound Parenting Mistake Spiritual Gurus: Anandamayi Ma Albert Einstein on God, Religion & World Peace The Champion’s Mind 200,000 Gather in Bodh Gaya: The Birthplace of… Evolving Beyond Our […]

Reply
The Life-Affirming Power of Unplugging in Nature | Balanced Achievement May 18, 2017 - 7:23 pm

[…] Einstein was an atheist, the seemingly incomprehensible harmony of nature and the universe at large made him think differently. He tells […]