Your Brain is a Computer, You are the User 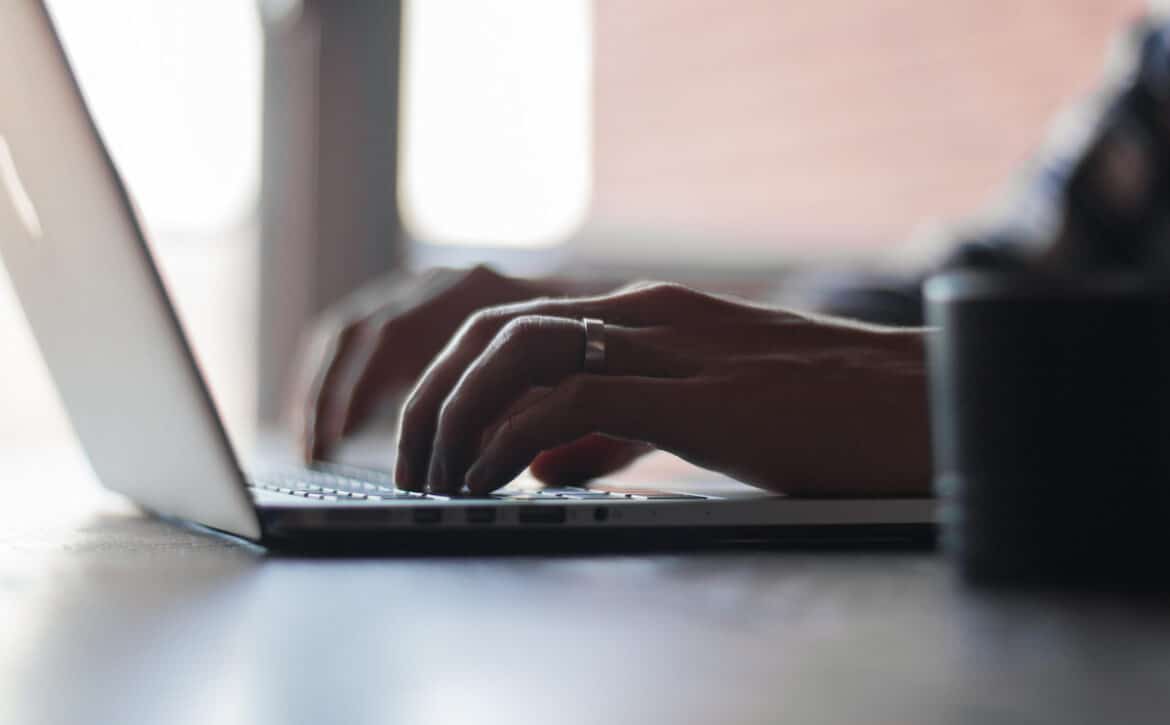 Over the past two decades there has been an ongoing debate between those working in the fields of neuroscience, computer engineering, and psychology centered around the question ‘Does the human brain operate like a computer?‘ If you search ‘your brain is a computer‘ on Google, you’ll be presented with around 41,300,000 results that illuminate evidence from proponents of both sides of the argument. When comparing the operational characteristics of the brain to those of a computer, it is clear to see both similarities and differences between mental processes and computational thinking. While illustrious neuroscientists, computer scientists, and psychiatrists present noteworthy evidence for both sides of the dispute, they largely fail to address one of the most significant questions to arise: If the brain does function like a computer, who is the user? Speaking of which, if you are building a website you’ll need to back up your data, check out hostiserver.com for server solutions but I digress.

There is a substantial amount of evidence that shows us how the brain does in fact operate like a computer, but who we truly are as people is beyond the systematic processes of the mind. Just as computer programmers and engineers can monitor, analyze, and fix the hardware of laptops or CKS GLOBAL industrial units, so to can we observe, evaluate, and update the inner workings of our brains. By realizing that we are in fact the users and programmers of our own brain-computers, we can begin taking steps to repairing and updating our internal mental software. It is possible to minutely scrutinize the ways the brain doesn’t operate like a computer, but when taking a broader perspective it becomes clear to see how the two function similarly. In fact, the overarching parallels are so prevalent that there is not only a Theory of Computation, which aims to explain how computers operate and solve problems, but also a Computational Theory of Mind that likens brain functions to those of our machine counterparts. In particular, three operational characteristics shared by both the brain and computers illuminate the analogy between the two: When examining the technological history of the computing industry, it is clear to see how evolutionary advancements have made computers work more efficiently and less susceptible to debilitating virtual disease. These viruses can cause an apc index mismatch BSOD error but thanks to the development of better software these should be rarer. Unfortunately, the human brain hasn’t enjoyed such a smooth evolutionary journey and global mental health statistics show how a large percentage of the world’s population is living with outdated mental software and limited protect against everyday experiential ‘viruses’.

Biologically speaking, humans operate on outdated evolutionary software that is built around our three most basic instinctual drives for safety, reproduction, and enhanced preservation. While the human species wouldn’t be around today without these inborn desires, they aren’t necessarily needed like they once were. Of course, in prehistoric times when safety wasn’t guaranteed, our caveman ancestors really did need to be on continuous guard with sabertooth-tigers and wooly-mammoths potentially lurking around any corner. Yet today, even though this most basic drive from safety isn’t needed like it once was, it still expresses itself in the form of judgment, anxiety, and fear. Additionally, the natural drives to reproduce and enhance our circumstances, which are built into our brain’s hardwiring, oftentimes express themselves in the form of sexual misconduct, envy, and stress.

Beyond outdated biological software, our brains are also particularly susceptible to everyday ‘viruses’ that can limit our personal wellbeing in both the short and long terms. If, on any given day, something doesn’t go exactly as we have planned or someone offends us in a minor way, we frequently allow our negative experience, which expresses itself in cognitive form, to spoil the rest of our day. Even worse, when individuals are put through the most trying kinds of circumstances, like losing a loved one, getting fired from a job, or ending a longterm relationship, they oftentimes don’t have the capabilities to cleanse their minds of problematic thought patterns. When this happens, individuals’ negative cognitions may become conditioned ways of thinking that causes them to mentally spiral downwards towards mental illnesses such as anxiety and depression.

Living Unconsciously as Our Brains: Up until this point in the article, we have examined the characteristics similarly shared by both brains and computers. For the antagonists of the computer-brain theory, there is one substantial argument that helps show how the human mind and its mechanical counterpart differ in their operational capabilities. Unlike computers that objectively operate based upon software, algorithms, and rules, humans are equipped with the unique feature of mindful consciousness, or the ability to experience life subjectively while being aware of themselves and the world around them.

While neuroscientists are quick to classify consciousness as a function of the human brain, although they can’t verifiably say what it is or what its purpose may be, spiritual seers and sages long ago came to believe this mindful state is who we are at the core of our beings. Yet still, regardless of if consciousness is or isn’t who we truly are, it is from our habitual ways of living unconsciously as our brains that problematic cognitive patterns arise. Unfortunately, all too many people remain unaware of their true consciousness capabilities and go about their lives on mental autopilot without having any idea as to how their cognitions are affecting their state of wellbeing.

Becoming the Conscious Programmer of Your Brain: Just as individuals go to school to become computer designers and software engineers, each and everyone of us has the ability to become a conscious programmer of our own brains. By increasing our levels of mindfulness and improving our understanding of how the brain operates, each of us can begin objectively monitoring, analyzing, fixing, and updating the inner workings of our minds. Because one of the brain’s most exceptional qualities is its ability to change over time, through the process of neuroplasticity, we have the capacity to first discover problematic cognitive patterns, habits of mind, and unwanted habitual behaviors before replacing them with more life-affirming alternatives. While the process of becoming an adequate programmer of your own brain will take time and effort, it is certain that you’ll increase your capabilities by following these four recommendations:

The most important steps that you can take to become the programmer of your own brain are to increase your conscious awareness and improve your cognitive correcting capabilities. Through the practice of meditation, you can eventually get to a point where you are able to mindfully watch your thoughts, problematic vocabulary, emotional reactions, and habitual behaviors from a place of nonjudgmental acceptance. When your mindfulness capabilities reach an adequate level, you’ll be on your way to becoming the engineer of your mental software. By adding an understanding of scientifically backed brain altering strategies, such as the ones found in Cognitive Behavioral Therapy (CBT), you’ll have both the capabilities and tools to transform your ways-of-thinking in anyway you deem worthy.

While updating the outdated evolutionary software that we discussed early is no easy task, each one of us can take steps to living beyond our most basic instinctual drives for safety, sex, and greed-driven wealth. You can begin rewiring your brain’s primordial evolutionary circuitry by becoming mindfully aware of the times that you are judgmental, envious, fearful, or anxious, before consciously questions and challenging the automatic thoughts that pop into your head. For example, when you notice yourself becoming fearful and judgmental of others in a busy public places, you can ask yourself questions like ‘is it beneficial for me to think this way?’ and ‘do I really need to be on guard right now?’, which will help you move beyond these outdated instinctual drives.

Cleaning Your Brain of Malware and Viruses:

Just as you can take the approach of becoming mindful of outdated evolutionary software and analytically questioning the usefulness of judgmental, fearful, and envious cognitions, you too can become aware and question the limiting thoughts that arise in your head each day. When annoying, frustrating, saddening, or maddening things happen to you at any given time, you can step outside of yourself and view the situation from a place of objective nonjudgmental awareness. By doing so, you’ll be able to discover that stress inducing thoughts and negative emotional reactions don’t serve a purpose that is beneficial for you. If someone cuts you off on the highway, for example, you may ask yourself, ‘is this really worth getting upset about?’, ‘do I know what their reasoning for driving this way is? or “do I want to let this one inconsequential situation ruin the rest of my day?’ which will help you put momentary negative experiences in the rearview mirror.

By taking on the role of as conscious programmer of your own brain, you’ll want to take steps towards improving the capabilities of what is considered to be the most dynamic evolutionary organ in all of the animal kingdom. You can do this by committing yourself to lifelong learning, maintaining a continuous personal development project, and taking definitive action to improve your life in a seemingly countless number of ways. It is certain that by absorbing information from sources with varied viewpoints, pursing creative endeavors, and forcing yourself to do things outside of your comfort zone, you’ll be able to create new neural networks that add to your levels of subjective wellbeing and fulfillment.

While the debate focused on the question ‘Does the human brain operate as a computer?‘ will continue between those in the computing, neurological, and psychological fields, each one of us can benefit ourselves and those around us by stepping outside of the argument and becoming the conscious programmer of our minds. By committing yourself to increasing your mindful awareness and improving your capabilities to rewire your brain, you’ll be able to create ever heightening levels of happiness, success, and fulfillment. By becoming the conscious programer of your brain, you’ll be able to heed the advice of author and lawyer David Cuschieri, who tells us:

The mind is a powerful force. it can nslave us or empower us. It can plunge us into the depths of misery or take us to the heights of ecstasy. Learn to use the power wisely.”

Taking The Vehicle Of Meditation To...

Dissecting our Thoughts to Overcome Emotional...

[…] *There is a substantial amount of evidence that shows us how the brain does in fact operate like a computer (https://balancedachievement.com/balachieve/computer-brain/) […]