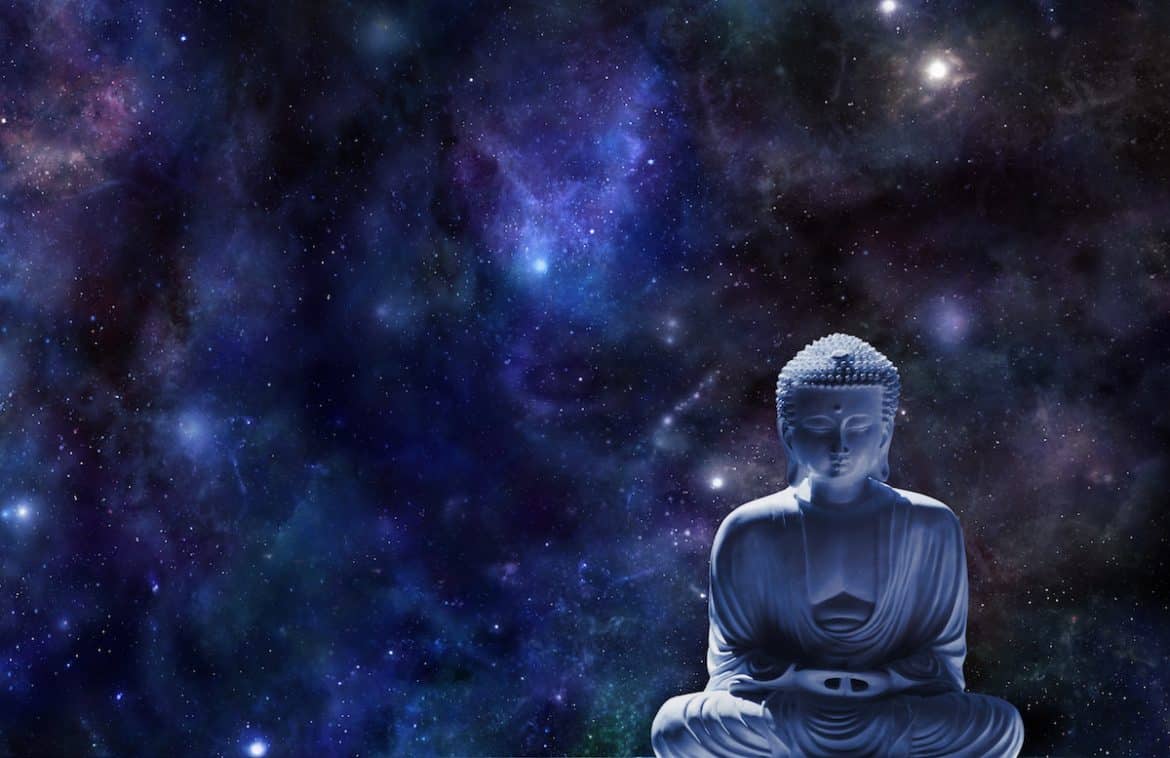 The numerous components of the human self-concept all but guarantee that we each deal with some sort of internal conflict on a daily basis. Making decisions with input from a variety of mental perceptions is what makes us unique as human beings, but this feature often creates a mental tug-of-war for big and small decisions alike.

In the world of spirituality, we are told that our true nature is beyond the opinion of our various mental stakeholders. These parts of ourselves often contradict each other and can lead us to make the wrong decision, or even worse, not make any decision at all. If you have an understanding of the various components that make up your self-concept, and partake in internal conflict, you have the ability to ask one simple question that uncovers your deepest nature. By asking the featured question of internal conflict inquiry meditation, you also can free yourself from mental incongruences that come with decision-making. Before we get there, let’s more closely examine what the self-concept is, look at a few examples of internal conflict, and discuss self-inquiry meditation.

Your Self-Concept and True Self:

Psychologists of various schools of thought do not all agree on a concrete set of components that makeup an individual’s self-concept. However, they all agree that there are a variety of personal viewpoints that individuals use to define themselves. In general, a person’s self-concept is how they perceives themselves, and since we each have a multitude of physical characteristics, social roles, personality differences, and past experiential references, we all hold a variety of different ideas about who we think we are as people. The different perceptions that you hold about yourself and different areas your life combine to create your self-concept. Awarded American Psychologist Carl Rogers believed that the self-concept was made of three unique components: Self-image, Self-esteem, and the Ideal self. The first component, the self-image, contains our personal views about our own physical characteristics, personality traits, and social roles. ‘I am in great shape,’ ‘I am fat,’ ‘I am so stupid,’ ‘I am really smart,’ ‘I am a mother,’ and ‘I am a engineer,’ would all be examples of self-image based views that play a part in forming an individual’s self-concept, according to Rogers. He believed that the second aspect of the self-concept was self-esteem. The references that we gain throughout our lives allow us to compare and contrasts ourselves with others, and these references and comparisons play a part in shaping our self-esteem. The feedback that we receive from others, which can be positive or negative, will also affect this portion of an individual’s self-concept. The third aspect of the self-concept, in Rogers eyes, was the ideal self. This aspect of the self-concept is the person that we want to, and are trying to, become. The things that we strive to achieve in the various facets of life make up parts of our ideal self and factor into our self-concept.

Just by bringing the various components of the self-concept to your attention, it should be easy to see why internal conflict happens on such a regular basis. It should also be quite clear to see how the various aspects of ourselves on a changing on a continual basis based upon our situation and circumstances. In the world of spirituality, mystics and sages will point to the fact that because our societal roles, physical bodies, and mental states are in a never-ending process of change, it is actually impossible to fully attach and associate ourselves with them. There is a part of yourself, however, that has the ability to objective watch how every dimension of ‘you,’ is continually changing. You can watch yourself get angry or upset before calming down, you can look at older pictures of yourself to see how your body has changed over the years, and you can recall how a goal that you had 5 years ago doesn’t suit your current situation today. Tibetan Buddhist nun Pema Chodron sums it up best when she says, “You are the sky. Everything else is just the weather.” The part of yourself that she is referring to is a silent witness who can objectively watch as things around you change. This part of yourself is what spiritualists believe to be your true self, and it is the part of ourselves that we aim to reconnect with through internal conflict inquiry meditation.

It shouldn’t be hard to find a multitude of reasons why the various components of an individual’s self-concept often clash together in a battle of opposing beliefs, desires, wants, wishes, and ideas. On a smaller scale, internal conflict may arise in situations such as being tempted by leftover cake sitting on our counter. Part of one’s self may tell them that ‘It will taste so good,’ ‘only one piece won’t hurt,’ or ‘I can’t let it go to waste,’ while another part of their self reminds them about their deeper desire to eat healthier and lose weight. A couple of other all-to-common examples of smaller internal conflict would revolve around watching TV or working-out/working and eating fast food or cooking.

Smaller conflicts such as these typically do not cause us too many personal problems, but bigger battles can leave us in paralyzed state of indecision. The idea of breaking off a long-term relationship, or quitting your job in hopes of creating a better life, can create massive amounts of mental drama and limit one’s ability to make the right decision. For many people, the process of weighing the positives and negatives of two life-altering options prohibits them from making any decision at all.

Regardless if it is a small or big decision, when you look at your own internal conflict it is important to remember, “You are the sky. Everything else is just the weather.”

There are a number of self-inquiry meditation techniques which have been used for centuries by great Hindu sages to help them recognize their true divine nature. By consciously bringing important questions into their awareness, they have the ability to reflect on topic, challenge their misperceptions, and more wholly connect to the part of themselves that do not change. It was previously pointed out that the silent witness, objective observer, or true self, is concealed behind our self-concept, and by using self-inquiry meditation, one can remove the self-concept’s veil of ignorance.

One common type of self-inquiry meditation is infamously linked with the Indian sage Ramana Maharshi. Before passing away in 1950, Maharshi taught us that by regularly reflection on the question, “Who am I?,” we can fully connect with our most innate nature of pure consciousness. If you hear yourself internally say, ‘I am this,’ or ‘I am that,’ you can probe deeper into the statement’s reality by asking, “Who am I?,” and when you are able to recognize the impermanent nature of these thoughts or projections, you are instantly sent back to your divine source of heart driven awareness. Maharshi, also told us that when thoughts about other things arose, we could connect to the same source by asking the question, “To whom does this thought arise?” Both of these questions help to show how our self-concept, or ego, is in a state of constant flux, but the truer part of ourselves, the soul, can objectively watch the change occur.

When we are pressed with a difficult decision and a storm of internal conflict arises, asking questions such as “Who am I?” or “To whom does this thought arise?” can help us see the impermanent nature of our opposing views but there may be a more suitable question to ask in these situations.

By asking the question, “Who is this conversation between?” or “Who is having this conversation?” the opposing components of one’s self-concept lose their ability to pull us in either direct. We can instantly see how the ego is made of a multitude of perspectives that are in a state of constant change. Furthermore, asking this question, similarly to Ramana’s question of ‘Who am I?,’ instantly connects us back to both our heart center and present-moment awareness. After using this question on a continuous basis, when facing internal conflict, you will soon realize that your true decision-making powers reside beyond any one mentally constructed viewpoint of the self-concept.

The next time that you are being pulled in opposite directions by various components of your self-concept, remember to use internal conflict inquiry meditation and ask yourself “Who is this conversation between?” This will not only give you greater decision-making powers but also help you realize that you are the sky, while everything else is just the weather.

Dissecting our Thoughts to Overcome Emotional...

Overcome Anxiety by Watching the ‘What-Ifs’

Using the Reality of Death to...