20 Authentic Buddha Quotes from the Dhammapada 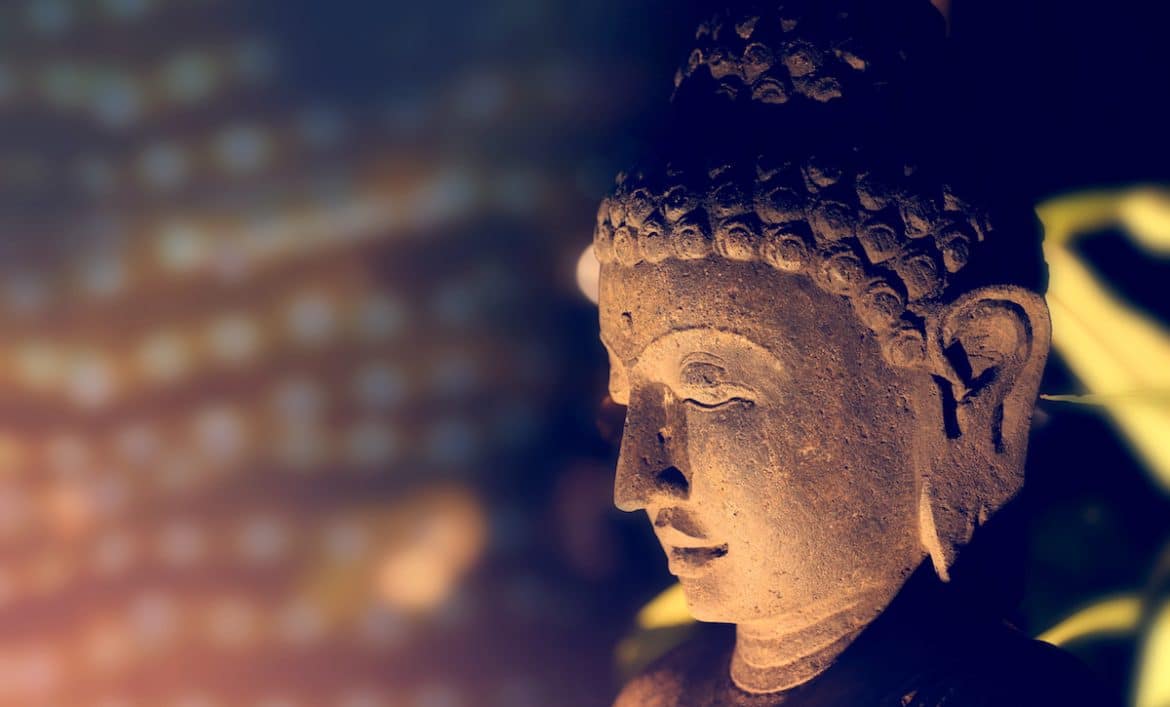 In Balanced Achievement’s Quote 20 series, we explore 20 inspirational quotes about a particular topic or 20 memorable quotes said by a historically significant individual. In this article, we turn our attention to looking at 20 authentic Buddha quotes coming from the ancient Dhammapada scriptures. It was some 2,500 years ago when a royal Indian prince turned wandering spiritual ascetic by the name of Siddhartha Gautama transcendent the limitations of human existence, while sitting underneath a Bodhi Tree in the northeastern city of Bodh Gaya, and forever became known as the Buddha. Soon after attaining enlightenment, at the age of 35, the man who spent six years tirelessly searching for a way to liberate himself from the shackles of suffering was ready to illuminate the path for others. Over the remaining 45 years of his life, the Enlightened One would travel between various Indian villages and towns teaching dharma, or cosmic law, as a following of seekers eager to taste the sweet nectar of nirvana grew exponentially in size.

During the four centuries following his death, at the age of 80 sometime around 480 BCE, the wisdom of the Buddha was passed down orally from one generation of monastics to the next. This, however, all changed when a group of prominent Buddhist leaders decided to thoroughly document his teachings in writing at the Fourth Buddhist Council, which took place in Sri Lanka in 29 BCE. The scriptures that were produced that year under the direction of King Wattagamani Abhaya, which are now collectively known as the Pali Canon or Pali Tripitaka, are widely considered to be the oldest Buddhist canonical texts.

While much of what makes up the Pali Canon has traditionally been reserved for monastics tasked with vigorously studying the Buddha’s teachings, other parts of the sacred writings have become popular amongst monks and lay people alike with perhaps the most important being the Dhammapada. Within the 26 chapters of the doctrine, which translates to mean ‘the path of dharma’, is a collection of 423 symbolic verses the Buddha himself receipted at various times of his life and here you’ll find 20 passages found within the historic text:

“As a flood sweeps away a slumbering village, death sweeps away those who spend their lives gathering flowers. Death sweeps them away while they are still gathering, caught in the pursuit of pleasure. But the wise live without injuring nature, as the bee drinks nectar without harming the flowers.”

“If you find no one to support you on the spiritual path, walk alone.”

“As irrigators lead water where they want, as archers make their arrows straight, as carpenters carve wood, the wise shape their minds.”

“Good people keep on walking whatever happens. They do not speak vain words and are the same in good fortune and bad. If one desires neither children nor wealth nor power nor success by unfair means, know such a one to be good, wise, and virtuous.”

“Your own self is your master; who else could be? With yourself well controlled, you gain a master very hard to find.”

“Not by rituals and resolutions, nor by much learning, nor by celibacy, nor even by meditation can you find the supreme, immortal joy of nirvana until you extinguish your self-will.”

“Take refuge in the Buddha, the dharma, and sangha and you will grasp the Four Noble Truths: suffering, the cause of suffering, the end of suffering, and the Noble Eightfold Path that takes you beyond suffering. That is your best refuge, your only refuge. When you reach it, all sorrow falls away.”

“Health is the best gift, contentment the best wealth, trust the best kinsman, nirvana the greatest joy. Drink the nectar of the dharma in the depths of meditation, and become free from fear and sin.”

“Don’t run after pleasure and neglect the practice of meditation. If you forget the goal of life and get caught in the pleasures of the world, you will come to envy those who put meditation first.”

“Conquer anger through gentleness, unkindness through kindness, greed through generosity, and falsehood by truth. Be truthful; do not yield to anger. Give freely, even if you have but little. The gods will bless you.”

“Neither pleasant words nor a pretty face can make beautiful a person who is jealous, selfish, or deceitful. Only those who have uprooted such impurities from the mind are fit to be called beautiful.”

“Train your eyes and ears; train your nose and tongue. The senses are good friends when they are trained. Train your body in deeds, train your tongue in words, train your mind in thoughts. This training will take you beyond sorrow.”

“There can be no meditation fro those who are not wise, and no wisdom for those who do not meditate. Growing in wisdom through meditation, you will surely be close to nirvana.”