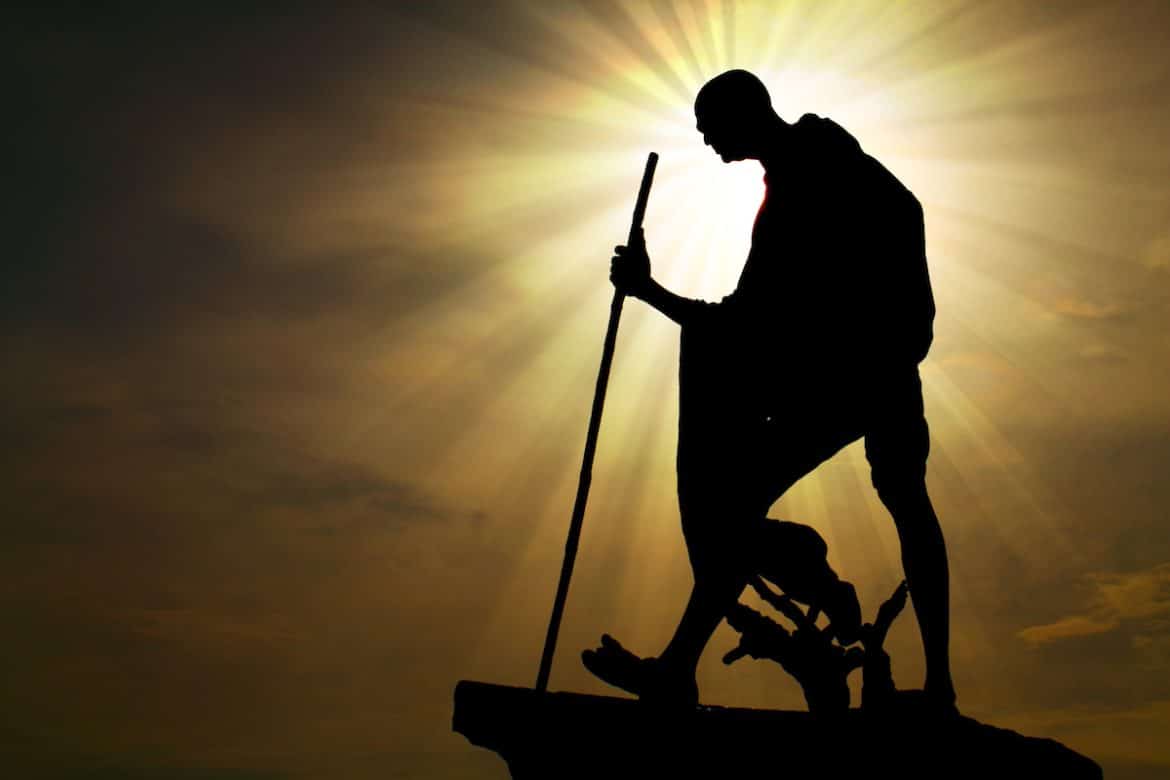 In Balanced Achievement’s ‘Quote 10’ series, we highlight 10 quotes about a particular topic or 10 quotes said by a prominent individual. All of the quotes that we draw attention to are specifically chosen to increase readers levels of inspiration and motivation. In this article, we focus on the man who was given the nickname ‘The Father of India’ and look at 10 of the best Gandhi Quotes. There have been few individuals to ever walk this earth with a combination of charisma, wisdom, and determination equal to that of Mahatma Gandhi. Throughout his life, Gandhi inspired millions of people with his messages of nonviolence, peace, and compassion. Thanks largely to his preeminent leadership capabilities, his home country of India was able to nonviolently gain independence from the British Raj in 1947 and he was adorned the nickname ‘Bapu’ or ‘Father of the Nation.’ Today, nearly 70 years after his passing, Gandhi’s live is still widely celebrated and his wise words still global cherished. The reasons for his immortal status and continued admiration will become evident by exploring the universal truths found within the following ten Gandhi Quotes:

– “An eye for an eye only ends up making the whole world blind.”

– “Truth is by nature self-evident. As soon as you remove the cobwebs of ignorance that surrounds it, it shines clear.”

– “You can chain me, you can torture me, you can even destroy this body, but you will never imprison my mind.”

– “The best way to find yourself is to lose yourself in the service of others.”

– “Always aim at complete harmony of thought and word and deed. Always aim at purifying your thoughts and everything will be well.”

– “The weak can never forgive. Forgiveness is the attribute of the strong.”

Conscious Questions: How Can I Help...

Quote 20: Wisdom From The Upanishads

5 Famous Naturalists on the Transcendental...