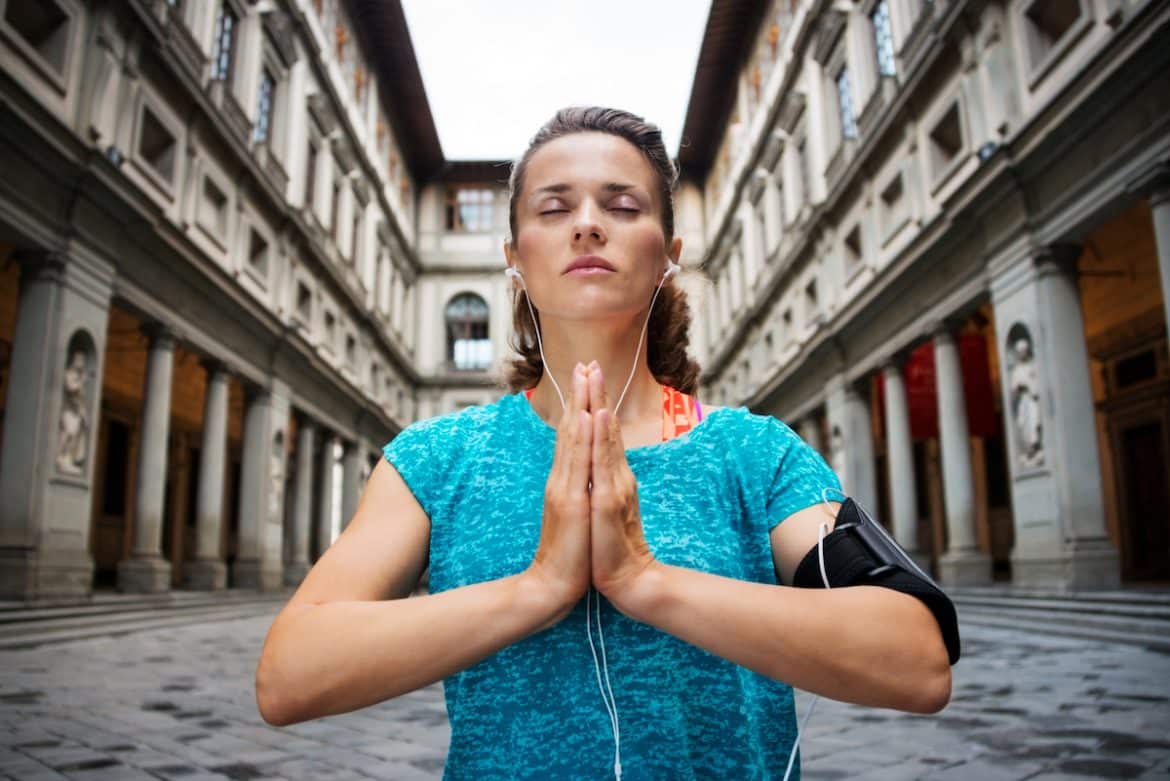 In our ‘iThrive’ series, we present you with a variety of useful iOS and Android Apps that you can utilize to enhance your life and accelerate your personal growth. We meticulously select innovate Apps that have been designed to help individuals make personal changes and move them in the direction of happiness, success, and fulfillment. In this article, we look at the Headspace App, which is an innovative meditation tool that acts as a personal trainer for the brain.

When you explore the life stories of the truly inspirational individuals around the globe, the real game-changers, you begin to notice similarities that many of them share. For many of the most successful spiritual and psychological influencers of our times, being unfortunately subjected to traumatic events has acted as the engine that propelled them towards changing the world. Andy Puddicombe, the founder of Headspace, is one such person. By the time that he was 23-years-old, Puddicombe had dealt with losing his 20-year-old stepsister, who was killed while riding her bike, coped with losing an ex-girlfriend, who died while undergoing heart surgery, and suffered through the painstaking reality of standing only feet away from two friends who were hit and killed by a drunk driver.

It was the combination of these three events that led Puddicombe to give up on his university studies, become a practicing Buddhist monk, and eventually found the meditation company Headspace. After spending 10 years living in monasteries in India, Nepal, Tibet, and Russia, Puddicombe became dissatisfied with the fact that the greater global population didn’t have access to the meditation teachings that changed his life. This is when Puddicombe, who is no longer a practicing Buddhist monk, made the decision to return home to the United Kingdom with the mission:

to make meditation accessible, relevant and beneficial to as many people as possible.”

In 2010, to turn this dream into reality, Puddicombe launched Headspace and began providing individuals all over the world access to guided meditation and mindfulness training. By uniquely designing Headspace to be accessible, easy to use, rewarding, and fun, Puddicombe and his team found a way to accomplish exactly what he had set out to do. Since its initial launch, the number of Headspace users has grown to over 6 million people worldwide. The Headspace App for iOS and Android is a great tool for new and experienced meditators alike largely because it is brimming with innovative features that make meditation enjoyable. After first downloading the App, users go through a beginners meditation series called ‘Take 10’ to increase their understanding of the practice. Upon completing this informative novice series, and purchasing a Headspace subscription, Headspacers are then granted access to a wide variety of themed meditation ‘Series’ that revolve around topics such as sports, health, and relationships. There are also ‘Singles’ meditation sessions ranging from 2-60 minutes that similarly focus on particular topic. For example, there is a Singles meditation session for sleeping, the fear of flying, and walking.

Beyond the Series and Singles features, Headspace developers smartly integrated a number of others useful tools into the App. By tracking meditation statistics and allowing users to connect with friends, Puddicombe and his team found a way to keep Headspacers motivated to maintain their practice. Users can also conveniently access their account from their tablets and computers since the Headspace App is part of a larger integrative cloud system. Additionaly, the App has a dedicated section for parents who are interested in teaching their children about meditation and mindfulness.

When making the decision to buy a Headspace subscription, users are given three purchasing options. The monthly subscription costs $12.99, the annual subscription $94.99, and the lifetime subscription is priced at $399.99. While these prices may not be cheap, users who purchase the App get the added benefit of supplying a less fortunate individual with access to Headspace. As part of the ‘Get Some-Give Some’ program, Headspace distributes a subscription to a partnering nonprofit organization every time that a new subscription is purchased.

Due to the fact that an ever expanding base of scientific research continues to verify the benefits of meditation and mindfulness, each of us should make it a priority to practice on an ongoing basis. On the Headspace website, you can learn about the positive effects that meditation has on creativity, focus, anxiety reduction, and relationship, but it is probably most fitting to end this edition of iThrive by hearing from the man behind what is dubbed as ‘your gym membership for the mind.’ The following video captures Andy Puddicombe’s 2010 Ted Talks speech titled ‘All it takes is 10 mindful minutes.’

Conscious Questions: How Can I Help...