The Weekly 5: Stories of Global Inspiration 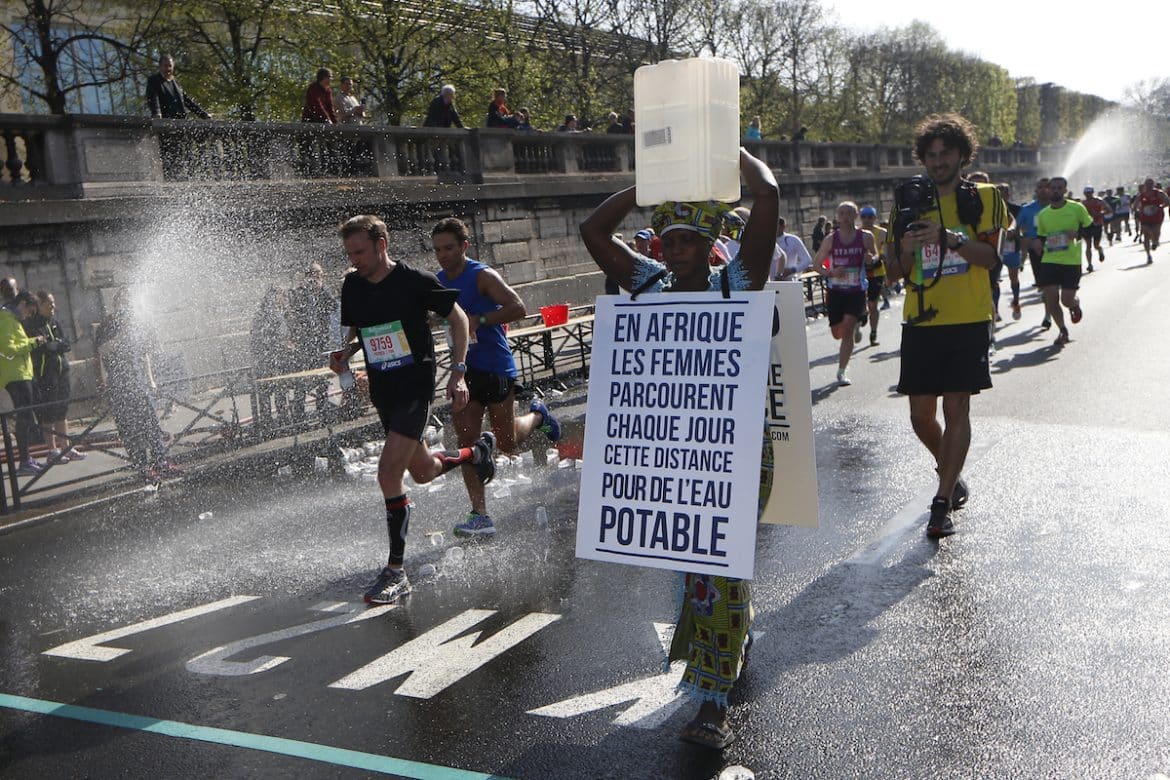 In our ‘Weekly 5’ series, we aim to present you with five ideas, products, publications, or stories that can assist you on your journey towards ultimate fulfillment. We will look at a wide variety of inspirational and motivational topics that have information you can utilize to enhance the quality of your life. This week, we look at five Stories of Global Inspiration.

Each night when we turn on the television and flip to the nightly news, reporters tell us about a multitude of stories focused on violence, corruption, hate, and anger. It seems that there isn’t a day that passes us by without hearing about another murder, terrorist attack, or corporate scandal. Unfortunately, when we subject ourselves to this type of information, we naturally begin to operate from a place of fear, judgment, and separation. Contrary to the negative effects that the nightly news has on our personal well-being, when we subject ourselves to stories of determination, love, persistence, and morality, we begin to operate from a place of compassion, acceptance, and connection. In every corner of the world there are people who are making positive impacts in the communities that they live in. By taking the time to read, watch, or listen to inspirational stories from around the globe, we can certainly find additional motivation to help us move our lives in the right direct. Here are five of our favorite stories of global inspiration that have gained media attention within the past five year:

At the 39th Paris Marathon on April 12th, 2015, one woman stood out above the rest, and no she wasn’t the fastest. Siabatou Sanneh, a 43-year-old wife and mother from Gambia, Africa, walked the 26-mile course throughout scenic Paris in traditional Gambian attire while carrying a 45-pound bucket of water on top of her head. Everyday, millions of women from Sub-Saharan African countries walk lengthy distances to fetch water for their families. Without making these daily treks, numerous African families wouldn’t be able to drink, cook, or wash their clothes. In order to raise awareness for this unfortunate reality, Sanneh partnered with Water for Africa, a British charity who brings clean water solution to under developed villages in Africa. During the race, Sanneh draped a sign over her body that read (translated from French), “In Africa, women travel this distance everyday to get portable water.” For those of you who have not seen or heard about The Marathon Walker, here is a short video that is well worth watching:

Ongoing violence and civil unrest in nations such as Libya and Syria has led to thousands of hopeless citizens seeking refuge in more stable European countries. Unfortunately for many of the dispelled refugees, the only way to reach Europe is by traveling across the Mediterranean Sea. Each year, thousands of migrants die while traveling in inadequate vessels across one of the world’s most deadly maritime migration routes. After 400 men, women, and children died in the tragic Lampedusa Migrant Shipwreck in 2013, Americans Christoper and Regina Catrambone decided to do something about this tragic story that seems to continuously repeat itself. Using their own financial resources to fund a start up foundation, the Catrambone’s decide to buy a 130-foot ship, hire a crew of 20, and began patrolling the Mediterranean waters searching for troubled vessels and migrants to rescue. Since the couple founded the Migrant Offshore Aid Station (MOAS) in 2014, the organization has saved nearly 12,000 people.

In 1979, at the age 16, Jadav Payeng began working for the Forestry Department in the Indian state of Assam. One of Paveng’s earliest jobs was to plant trees, with other workers, for five years in an effort to reverse the damaging effects, caused by human influence, on the ecosystem near Jorhat City. Instead of leaving the area after the five year job was complete, Payeng made the decision to stay in the area, tend to the trees, and plant additional ones in an hops of growing a forest in the area. He must have realized that his knowledge about how to prune crepe myrtle and other trees in order to keep them growing and healthy would come in handy to the other people working there as well. Since the initial trees were planted, Payeng has been able to grow a 1,360 acre tropical paradise that is home to animals such as elephants, rhinos, and tigers. It wasn’t until 2008 when the Indian government became aware of Payeng’s work, which has since been celebrated worldwide. The forest has became known as the Molai Forest in honor of Payeng, and he has been featured in a number of documentary films. He has also been awarded the fourth highest civilian award in India, the Padma Shri. Here is a trailer for a documentary about Payeng and his forest called The Forest Man:

For the past 30 years, Mohammed Ayub has worked as a firefighter in the Pakistani capital of Islamabad. After taking his first firefighting job and moving away from his family in his late twenties, Ayub was faced with the reality of living in a city where he didn’t know many people. Shortly after arriving in Islamabad, Ayub decided that he wanted to use his free time in a useful way. One day after noticing a young boy washing cars during school hours, Ayub asked him what he was doing out of school and the boy explained that his parents didn’t have the money needed for tuition. Without hesitation, Ayub made the decision to buy the boy a notebook, pencil, and eraser, before beginning to teach him on the spot. The next day, the young boy brought a friend and by the end of the week, Ayub was teaching nearly fifty kids who would come to learn after they completed their daily work. The man now known as Master Ayub has been educating poor Pakistani children since these first lessons, and thousands of Muslim and Christian children from slums outside of Islamabad have had the opportunity to learn from him. Today, there are around 200 children in the school. Numerous of Ayub’s students have gone on to improve their fortunates immensely by acquiring university degrees and well-paying jobs. Ayub has been awarded with the Pride of Performance Award, which is one of Pakistan’s highest civilian honors, for his work with the children of Islamabad. After retirement, he hopes to build a proper school for the less fortunate children.

5.) One of the World’s Poorest Countries Shows the World How to Give: Myanmar regularly ranks as one of the poorest countries in the world, but that didn’t stop the Southeast Asian country from ranking as the world’s most charitable nation in 2014 and 2015. For the past six years, Charities Aid Foundation (CAF) has released a report called the World Giving Index which measures what percentage of citizens within 145 countries donated money, volunteered, and helped a stranger in the given year. To measure global levels of generosity and compassion, CAF uses data from the Gallup World Poll and additionally surveys 1,000 individuals in each country. In 2015, the World Giving Index reported that 92% of Myanmar citizens donated money, 60% volunteered their time, and 55% helped a stranger. In comparison, 63% of American citizens donated money, 44% volunteered their time, and 76% helped a stranger (The United States ranked 2nd). Why are Myanmar’s citizens so compassionate you may be wondering? Nearly 90% of the country’s population actively practice Buddhism, which is largely founded on the ideas of compassion and loving-kindness for all.

Now that we have made it through our list, let’s hear about some of your favorite global stories of inspiration in the comments section below.