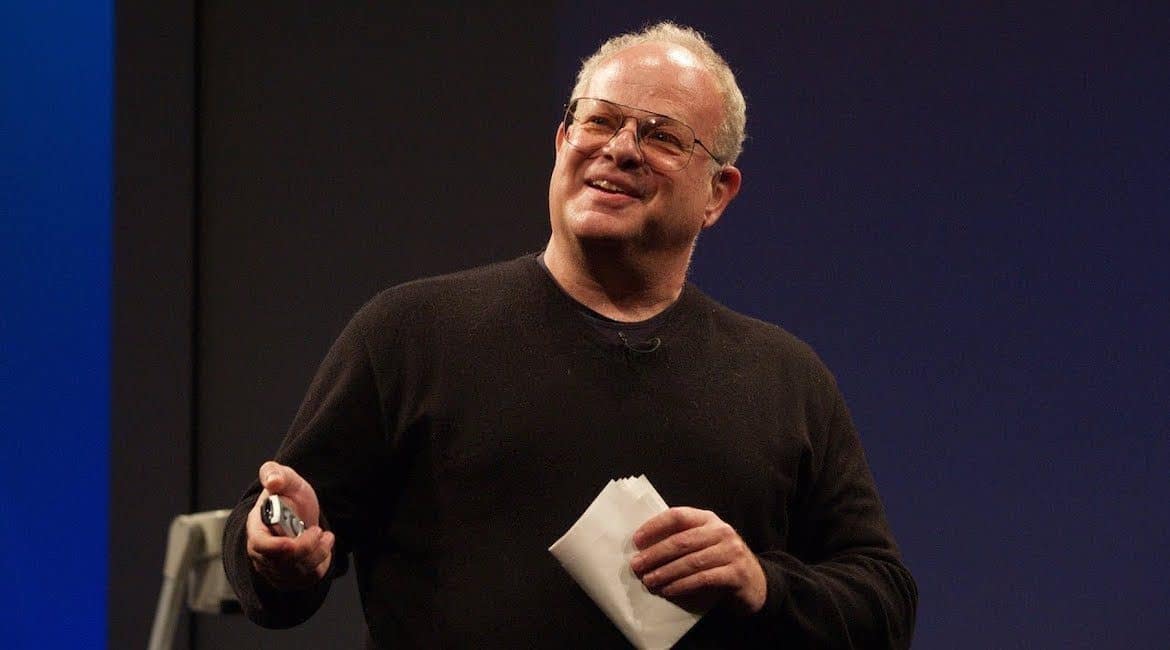 Over the past 50 years, the famed American psychologist Martin Seligman has cemented his legacy amongst his field’s most iconic figures. For his contributions on topics such as learned helplessness, optimism and happiness, not to mention his role founding the branch of positive psychology, he’s been adorned with countless distinguishing honors.

The Life of Martin Seligman:

Throughout a brief but storied history, the field of psychology has come to recognize a select few individuals for their revolutionary work establishing the various psychological branches and schools of thought. Wilhelm Wundt and Lightner Witmer, for example, will forever be remembered as the founders of experimental and clinical psychology, just as the duo of Abraham Maslow and Carl Rogers will eternally be cherished as the forefathers of the humanistic approach.

While most of psychology’s pioneering figures carried out their work many decades ago, one especially prominent psychologist has more recently shifted the field’s direction and gained the title of founding father. That man, of course, is none other than the distinguished mastermind behind the branch of Positive Psychology, Martin Seligman.

After being born in Albany, New York in 1942, it didn’t take long for Seligman to start flashing his intellectual prowess, that’s made him one of this generation’s most influential psychologists, and upon graduating near the top of his class from The Albany Academy, a historic college preparatory school in his hometown, he’d go on to earn a bachelor’s degree in philosophy from the prestigious Princeton University.

Subsequently, in 1964, Seligman began studying psychology at the similarly esteemed University of Pennsylvania, and it was here where he’d break an educational record, for earning his Ph.D. in just 32 months, while studying psychopathology and depression under the tutelage of the father of Cognitive-Behavioral Therapy (CBT), Aaron T. Beck.

Following his graduation in 1967, Martin Seligman worked briefly as an assistant professor at Cornell University before returning to Penn to teach psychology and oversee the school’s clinical training program. It was during his early year as a faculty member of his alma mater when he’d first gain worldwide recognition for developing the theory of learned helplessness and illuminating how the limiting psychological condition correlates with depression.

Over the course of many years studying helplessness and the acquisition of pessimistic attitudes, originating from early experiments in which he used dogs as the subjects, Seligman became interested in exploring the wholesome sides of human nature. Ultimately, this newfound curiosity is what led the distinguished psychologist to shift his research focus on way to publishing Learned Optimism: How to Change Your Mind and Your Life in 1991.

From this point forward, Seligman’s desire to investigate the more honorable qualities of people only expanded further, and he’d soon be in a position to encourage his colleagues to cultivate a similar enthusiasm. This influence, of course, was the result of him being elected President of the American Psychological Association (APA) in 1998. During his inaugural speech that year, Seligman, who was asked to choose a central theme for his one year term, outlined his broader ambitions for the branch of Positive Psychology by telling the audience:

We can articulate a vision of the good life that is empirically sound and, at the same time, understandable and attractive. We can show the world what actions lead to well-being, to positive individuals, to flourishing communities, and to a just society.”

It was two years following the presidential address when the famed psychologist, and his similarly distinguished colleague Mihaly Csikszentmihalyi, formally launched the discipline of positive psychology with a science-based framework. Subsequently, the duo, along with their pioneering peers Christopher Peterson and Barbara Fredrickson, further legitimized the branch by vigorously studying positive emotional states and enduring well-being. Seligman, in particular, played an especially important role championing the new discipline in the public sphere, as was made evident by his 2004 Ted Talk, The new era of positive psychology, which has since been viewed nearly 5 million times:

In the 15 years that have passed since his monumental moment on the Ted stage, Martin Seligman has continued to campaign for the branch of Positive Psychology while further cementing his legacy as one of the field’s truly iconic figures. Not only did he found the Positive Psychology Center at the University of Pennsylvania, which he remains Director of today, but he’s conducted a wide variety of ground-breaking research and wrote two of the discipline’s most distinguishable books in Authentic Happiness: Using the New Positive Psychology to Realize Your Potential for Lasting Fulfillment and Flourish: A Visionary New Understanding of Happiness and Well-being.

Over the course of his career, Martin Seligman has written over 250 scholarly publications and 20 books while being honored with numerous accolades including the APA’s 2017 Award for Lifetime Contributions. Most recently, he published an autobiography which outlines his life story called The Hope Circuit: A Psychologist’s Journey from Helplessness to Optimism.

Throughout the course of his illustrious career, Martin Seligman has captivated the psychology world with important discoveries, that have altered the treatment of mental health disorders, and novel ideas that have sent the field towards unexplored realms of psychological study. For his work on topics such as learned helplessness, resilience and positive psychology, Seligman has been lauded as one of history’s most influential psychologists. While his revolutionary teachings certainly aren’t limited to the following three, they are undoubtedly some of his most important:

Although many of us come to believe that our ways of thinking and perceiving are genetically-wired and unchangeable, Martin Seligman has gone to great lengths throughout his career to show why this isn’t the case. This quest initially began after the famed psychologist realized that those who view things from an optimistic glass half-full perspective, rather than a pessimistic glass half-empty one, are less likely to behave helplessly, and that because an individual’s explanatory style, or the way in which they explain negative events to themself, is acquired through learning, it can inevitably be transformed. Seligman tells us of our propensity for change:

Habits of thinking need not be forever. One of the most significant findings in psychology in the last twenty years is that individuals choose the way they think.”

If we are to benefically transform our ways of thinking and cultivate a more hopeful perspective, we can utilize the practices and advice Seligman offers in his acclaimed book Learned Optimism. One of the first things he tells us we can do, to become more optimistic, is start journaling about our reactions to adverse circumstances, and our internal explanations about those events, as this will increase our understanding of our own attitudinal tendencies and allow us to find ways to improve our outlook. Additionally, psychological tools and techniques such as the ABCDE approach can be especially useful for changing negative self-talk. While the path from pessimism to optimism is one that takes time and effort, Seligman makes clear that its a worthwhile endeavor:

When it comes to our health, there are essentially four things under our control: the decision not to smoke, a commitment to exercise, the quality of our diet, and our level of optimism. And optimism is at least as beneficial as the others.”

The Foundational Paths of Happiness:

In addition to his work on pessimism and optimism, Martin Seligman has spent much of his career studying happiness. In the early years of this research, the iconic psychologist determined there to be three distinctive paths to happiness which can act as guideposts for our journey through life. The first, which he called the pleasant life, consists of pursuing pleasurable experiences and positive emotions. The second, called the good life, consists of understanding your signature personal strengths and engaging those gifts, in activities you enjoy, to foster a psychological state of flow. And the third, called the meaningful life, consists of using your signature strengths in the service of something greater than yourself. While each level of happiness, which are outlined in his 2002 book Authentic Happiness, is associated with positive emotions, Seligman makes clear that they’re not created equal:

Due to the unequalled nature of the three happiness levels, we can do ourselves a major favor by striving to manifest a meaningful life, as this is the only way to live with the enduring sense of life-satisfaction we internally desire. To accomplish this most important objective, Seligman tells us that we can shift our focus from hedonically motivating pursuits, that provide pleasure and comfort, to eudaimonic endeavors that facilitate greater self-understanding and personal growth. Additionally, it can be especially beneficial to acquire skills that allow us to experience life in newer and richer ways. Seligman encourages us to seek fulfillment by telling us:

While Martin Seligman’s three paths of happiness remained one of positive psychology’s foundational theories for nearly a decade, his continuing research eventually compelled him to shift the field’s view from the belief that happiness is most important to one that favors sustainable well-being. In his highly acclaimed book Flourish, which was published in 2011, Seligman outlines a five pillar model, known as the PERMA Theory of Well-Being, which adds the life components of relationships and accomplish to the previously discussed elements of positive emotions, engagement and meaning.

Just by understanding how each of the five PERMA Model components adds value to our lives, and increases our levels of life-satisfaction, we can begin finding ways to make positive changes. Better yet still, by consciously and consistently monitoring, evaluating and transforming our life approach, while using the PERMA Model as a guide, it is certain that we can flourish across the entirety of our existence. Seligman tells us of this most appealing state:

I believe the gold standard for measuring well-being is flourishing, and that the goal of positive psychology is to increase flourishing… These elements, which we choose for their own sake in our efforts to flourish, are the rock-bottom fundamentals to human well-being. What is the good life? It is pleasant, engaged, meaningful, achieving, and connected.”

“Optimism is invaluable for the meaningful life. With a firm belief in a positive future, you can throw yourself into the service of that which is larger than you are.”

“The belief that we can rely on shortcuts to happiness, joy, rapture, comfort, and ecstasy, rather than be entitled to these feelings by the exercise of personal strengths and virtues, leads to legions of people who, in the middle of great wealth, are starving spiritually.”

“Well-being cannot exist just in your own head. Well-being is a combination of feeling good as well as actually having meaning, good relationships and accomplishment.”

New Research Shows How to Increase...