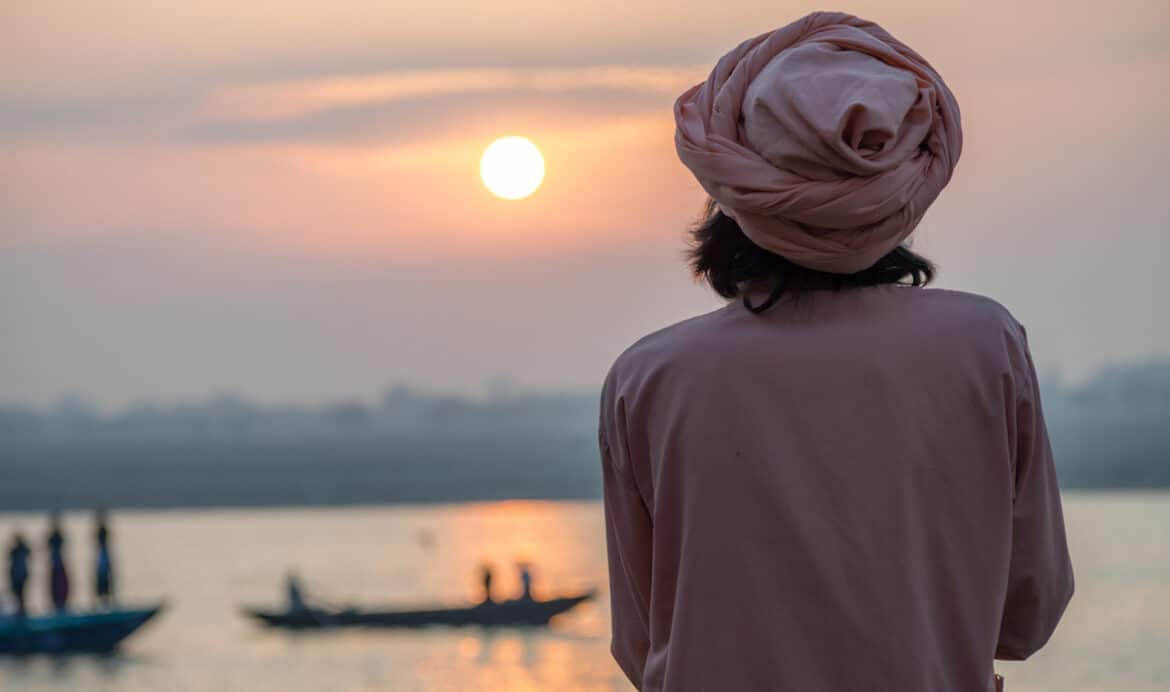 From the foothills of the Himalayas to the banks of the Ganges, from the steps of the Taj Mahal to the ruins of Hampi, there is a mystical spiritual ambience that pervades throughout all of India. Unlike any other place on earth, India’s culture is built around a religious devotion that expresses itself in a seemingly countless number of diverse and colorful ways. Hinduism, the world’s oldest religion, is the predominant faith of the country and within the holiest Hindu scriptures is an abundance of timeless wisdom that illuminates many of the world’s most veiled truths.

Over the course of the religion’s history, which can be traced back to the Vedic period around 1500-500 BCE, countless Hindu seers and sages have wrote and taught about a number of central themes that are often misunderstood by the outside world. In particular, there is one belief that stands above the rest for Hindus that is often overlooked by critics of the religion. The idea of Brahman and Atman, or one divine reality and imperishable soul, lies at the heart of the religion and brings to light the universal truth of oneness and connection with all.

Before examining the concepts of Brahman and Atman individually, we can turn to one of the religion’s most important scriptures to introduce this most central Hindu teaching. In The Upanishads, a story is told of a great Hindu seer named Uddalka and his son Svetaketu, who has just returned home from studying under a guru for many years. After noticing that his son has came home swollen in spiritual pride, Uddalka precedes to teach him the religion’s most important truth by using a fig to exemplify the universal reality of Brahman and Atman. Uddalka tells his son to first break open the fig and asks him what he sees. Svetaketu responses telling his father that he sees small seeds. Next, Uddalka tells Svetaketu to open up one of the small seed and then asks him once again what he sees. This time, Svetaketu responses by telling him that he see nothing. Uddalka, now ready to teach his son the divine truth of Brahman and Atman, tells him:

My son, that subtle essence which you do not perceive there – in that very essence stands the being of the huge fig tree. Truly from what you cannot see, the whole fig tree grows. That is Reality. That is Atman. That art Thou… The True Being [Brahman] is present everywhere in this universe, although you do not see Him. He is the essence of all, and the desired of all.”

Brahman – The One Divine Reality: One of the great misperceptions about Hinduism revolves around the religion’s 33 million Gods that come in a array of exotic and fascinating forms. While most falsely assume that each and everyone of these deities sits on equal ground, the truth is that they all represent the one divine reality of Brahman. Hindus use the term Brahman to describe an overarching God-like figure who is said to be the all-encompassing truth and infinite consciousness, yet also incomprehensible to the human mind. It is for this reason that there are such a wide variety of strange deities in the religion, as each one of them represents the unfathomable nature of the all-mighty Brahman. A clever analogy that is used to describe the Hindu concept of Brahman is to think of describing the color blue to an individual who was born blind.

In the eyes of the great Hindu seers and sages, it may not be fitting to call Brahman a God because the magnitude of his presence isn’t given proper justice, but this is probably the best way to develop an understanding of what the ultimate divine reality is. If Brahman were a God, he or she would’ve created everything in the universe, including ourselves, the earth, and the deities that preside over us, with parts of him or herself. Hindus believe that Brahman is not only the creator of the cosmos and universe, but also is the cosmos, universe, and everything found within it. The immortal Hindu sage Swami Vivekananda tells us of Brahman:

All differences in this world are of degree, and not of kind, because oneness is the secret of everything.”

Because Hinduism is based upon the assumption that Brahman, or infinite consciousness, is the underlying substance of the entire world, there has to be a part of each individual that is in fact Brahman. Hindus use the term Atman to describe this component of one’s self, and it is considered in similar fashion to the western notion of a soul. It is assumed that just as Brahman is the underlying force of the universe, the Atman, or pure consciousness, or the True Self, is what precedes over all activities and bodily functions of every individual in the world. The great American spiritual teacher Ram Dass tells us how the concept of Atman parallels to other religions’ ideas of there being a soul:

All the you seek is already within you. In Hinduism it is called the Atman, in Buddhism the pure Buddha-Mind. Christ said, ‘the kingdom of heaven is within you.’ Quakers call it the ‘still small voice within.’ This is the space of full awareness that is in harmony with all the universe, and thus is wisdom itself.”

The Hindu greeting of Namaste, which has recently grown in popularity throughout the western world, can help further our understanding of how Hindus think about the concept of Atman because it directly relates to the notion of a divine soul residing at the core of every being. When translated, Namaste means ‘The divine in me respects and honors the divine in you,’ and the divine is in reference to the universal Brahman-Atman.

Since the Atman is considered to be part of the one divine reality known as Brahman, the ultimate goal of Hindus is to attain self-realization so that they can unify their Atman with the underlying force of the greater universe. It is believed that by taking one of four spiritual yogic paths, or by following them simultaneously, individuals can move beyond the ignorance that prohibits them from realize their truest nature. The religion’s greatest scriptures and sages both tell us that it due to our inability to recognize the perceivable world and our psychical selves as impermanent and forever changing that the reality of Brahman remains hidden to us. The immortalized Hindu philosopher Adi Shankara tells us:

The Soul appears to be finite because of ignorance. When ignorance is destroyed, the Self which does not admit of any multiplicity truly reveals itself by itself: like the Sun when the clouds pass away.”

By following a devout spiritual practice and committing one’s self to unveiling the mask of ignorance that prohibits individuals from living in complete harmony, Hindus are able to realize that their Atman is who they are at the core of their beings. Upon achieving complete self-realization, it is believed that the Atman is released into the greater Brahman consciousness field through the sacred spiritual experience known as Moksha or liberation. Once an individual attains Moksha, by unifying Atman with Brahman, they are said to live permanently in a state of unwavering happiness and pure ecstasy. It is for this reason that the term Sat Cit Ananda, or ‘Truth Consciousness Bliss’, is used to describe the ultimate divine reality. Additionally, it is for this same reason that the great Hindu sage Ramana Maharshi famously told us:

Your own Self-realization is the greatest service you can render the world.”

[…] country where citizens valuable eternal truth above all else. When one explores teachings from the world’s oldest religion, regardless of their faith-based beliefs, it is certain that they’ll find a seemingly endless […]